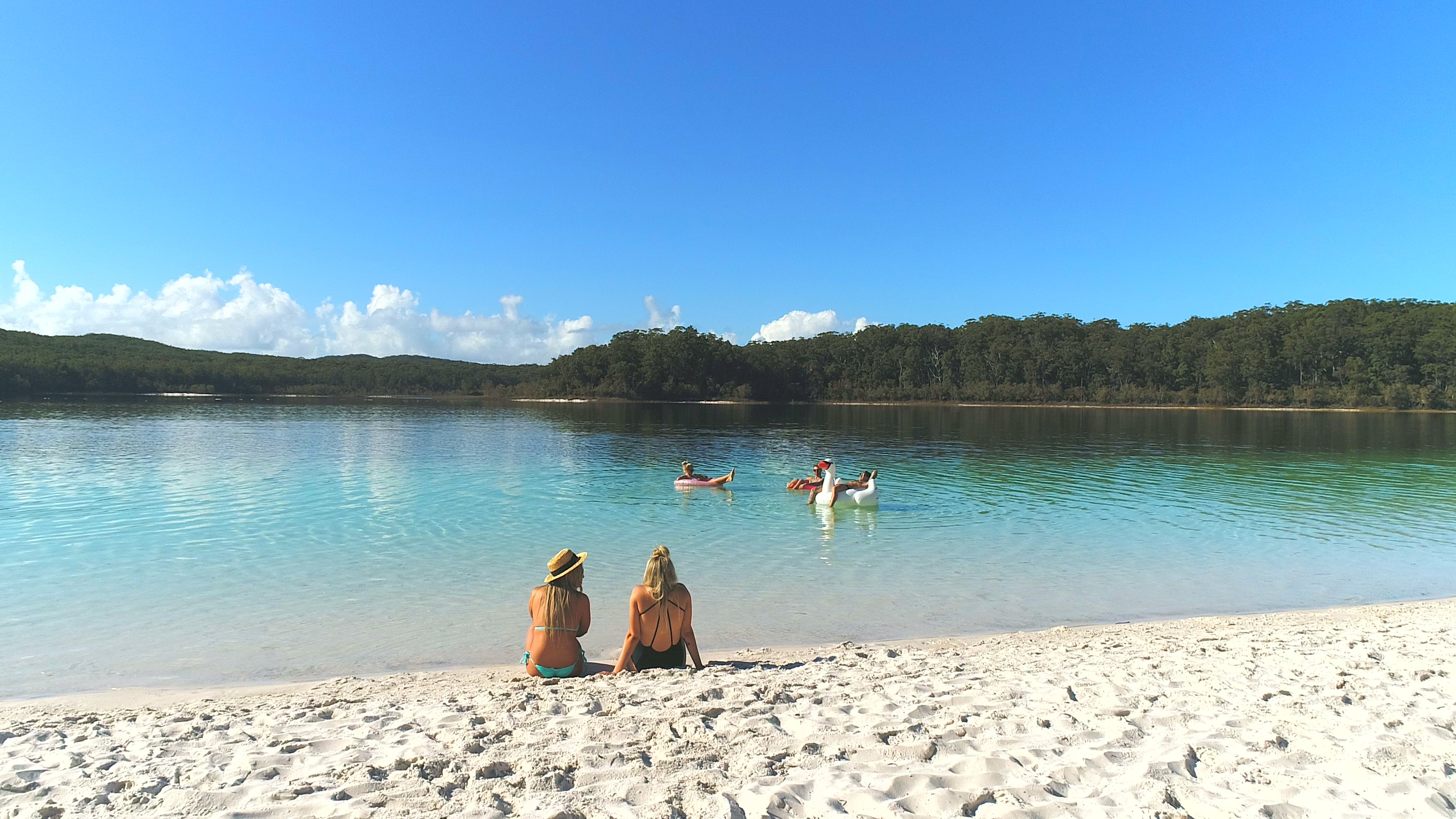 Thanks to the subtropic climate of Queensland’s south east coast Fraser Island is stunning stopover all year round!

Summer Period (November – March)
Average temperatures for Summer on Fraser Island are 22 – 28 degrees which suit travellers well with perfect swimming conditions. Swimming in the ocean at Fraser Island is not recommended but who could complain with so many other swimming options such as Lake Mckenzie, Eli Creek and Champagne Pools just to name a few.

Not only great conditions for exploring the Island but also excellent for wildlife spotting. The majority of the migratory bird species that visit Fraser Island every year frequent the summer months during their travels and he warmer weather brings out plenty of resident land reptiles and mammals too. Keep an eye out for Goannas, Dingos, Wallabies and if you are lucky enough maybe a fat lazy python stretched across a sunny log while exploring the island.

Winter Period (May – September) :
Average temperatures for Winter on Fraser Island are 14 – 21 degrees which is a perfect climate to explore the island even in the coldest conditions. Even travellers from the warmest climates would still be tempted by a swim the the crystal clear waters of the popular swimming locations on the island but also makes for excellent conditions for bushwalking and exploring the massive sand-blows up and down the east coast of the island.

The Elephant sized marine mammal in the room of course it’s WHALE SEASON. Yes as the majority of the world’s population knows the Fraser Coast region is famous for the migratory Hump Back Whales which travel up and down the east coast of Australia during the Winter Months. Platypus Bay on Fraser Islands west coast is the only point in their 12,000km+ migration where the whales actually stop for a couple days. Fraser Islands east coast acts as a bit of a guiding line where the majority of the whales pass close proximity on the north and south part of their migration which makes it one of the best spots in the world to see these gentle giants swim, rest and play during their massive journey.

In conclusion Fraser Island is a fantastic year round destination to immerse yourself in the natural beauty of the variety of options the island has to choose from, come see for yourself!