WE ARE
AIR FRASER ISLAND

The Geltch family has been offering Fraser Island experiences and scenic flights off 75 Mile Beach since the mid-1970s when Harry Geltch was chartered on a fishing trip from the Central Coast on New South Wales to 75 Mile Beach. Harry fell in love with the island after conducting a few joy flights on the beach during his time on the island and promptly moved his company “Harrys Air Charter” to the Fraser Coast region in Queensland, Australia.

In 1992 Gerry Geltch became the Chief Pilot of Air Fraser Island and started working the beach alongside his father until Harry passed the reins over a few years later. Third generation, Troy Geltch completed his flight training and proudly joined the team of pilots in 2008.

Air Fraser Island are proud to offer unique Fraser Island experiences from the air as well as the ground also making Fraser Island more accessible in a timely manner operating daily services out of Sunshine Coast airport. We are one of the very few commercial operators in the world who offer beach take-offs and landings.

Our great safety record and reputation as one of the longest running tourism operators in the Fraser Coast has made us not only a very popular choice when it comes to making the most of travellers visit to the region but also for pilots to use the company as a very unique and exciting stepping stone to advance in their career in the aviation.

Takeoff and land on our unique airstrip on 75 Mile Beach.

Once on the island explore at your own pace with out fleet of new 4x4's.

23.506 +
Happy travelers and
what are they saying?
Organized tours can sometimes feel rigid and impersonal. Skip those tours and see Fraser Island at your own pace on this fly/drive package. Fly over to the island, pick up your 4WD, and embark on an adventure where you plan the itinerary. You can explore beaches and rainforest and swim in lakes and creeks.
We took the optional 15 min flight as part of our one day Fraser Explorer bus tour. Glad we did. Very good value and novel to take off and land from the beach. Saw whales in the water, and got a great view of the island and some of it’s lakes from the air. Definitely worth doing. Pilot very professional and the whole process was very efficient. 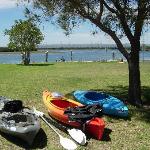 Matt
Adelaide
Did a 15min scenic flight over parts of Fraser Island when on a day tour recently. The beach take off and landing is cool and the views of Island sights from the air are magnificent. The flight was good value and provided a beautiful view of the island as well as an opportunity to see some whales. Highly recommend this ! 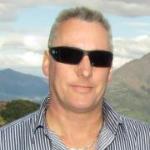 John Q
Canberra
I will always remember this day as a highlight of all trips in my life so far! From start to finish the service, scenery, company and level of excitement was awesome! Our pilot, delivered over and above with his knowledge, personality and charm. All 7 of us grinned and laughed all day. Jack Walters, looked after us with the 4wd on the beach with the same enthusiasm as James. Thank you both for a fantastic experience. Totally recommend this to everyone who loves a great time.

Rachel A R
Canada
Our pilot for the day was James Burt, from Air Fraser Island Tours. The experience was awsome. He pointed out all the attractions from the air and spotted whales. The off road 4×4 was a great experience too. Well organised from start to finish. 5 star ***** a must do trip. Thanks James for making our day memorable 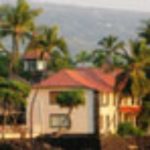 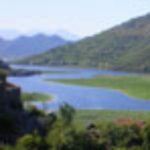