. The island’s waters have claimed many ships over the years
THEICONIC

For many, Fraser Island is home to natural scenic attractions. However, there’s another side to it. The island’s waters have claimed many ships over the years. Between 1856 and 1935, 23 shipwrecks were recorded in these waters. The iconic SS Maheno shipwreck has become the most famous among them.

Just north of Happy Valley on Fraser Islands 75mile beach, the final resting place of the SS Maheno, a rustic skeleton sits today. It stands testimony to what was once the mighty SS Maheno.

What’s so special about the SS Maheno shipwreck?

In Maori (New Zealand’s native language), the word ‘Maheno’ stands for ‘island.’ In 1905, the 5000-ton SS Maheno was built in Scotland for New Zealand’s Union Steam Ship Company. This ship was the first turbine steamer to have crossed the Pacific Ocean.

SS Maheno transported passengers between Auckland and Sydney regularly until it was commissioned during World War I and converted into a hospital ship. After the war ended, SS Maheno resumed its commercial services after it was returned to its owners. In 1935, a Japanese shipbreaker bought it.

Maheno left Sydney on July 3, 1935 bound for Osaka Japan, under tow by Oonah, a former Tasmanian ferry. On July 7, off the coast of Queensland its towline parted in a severe cyclone. After the crew’s unsuccessful attempts to re-attach the towline, the Maheno drifted away. Finally, it washed upon the shores of Fraser Island’s 75 Mile Beach.

The Maheno was stripped of her fittings, but attempts to re-float the ship failed. The wreck was later offered up for sale but since there were no takers, it was finally abandoned.

What can you do at the SS Maheno shipwreck?

Step back in time to imagine what this mighty ocean liner might have looked like in its heyday. Despite the environmental conditions taking a heavy toll on the wreck every day, the picturesque ruins are still a sight to behold.

Take any of our daily Fly/Drive Tours from Sunshine Coast and Hervey Bay Airports to explore the Maheno shipwreck.

We can get you to Fraser Island from the Sunshine Coast or Hervey Bay, where you can see The Maheno Shipwreck from above. From there it's your choice how to explore Fraser Island & The Maheno with one of our many Packages.
/ / / / / / 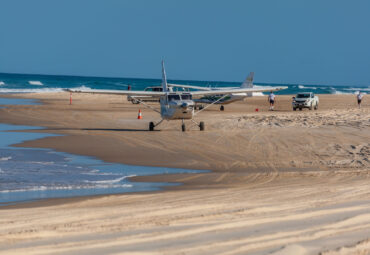 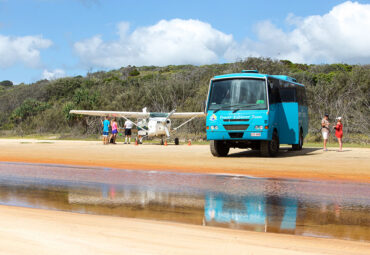 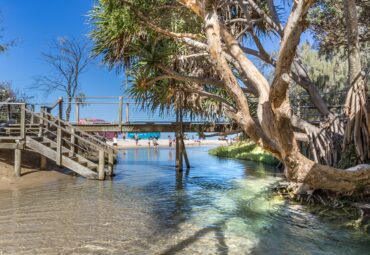 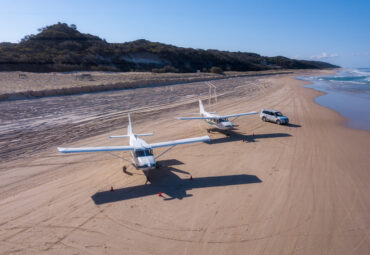